Ever wonder what boxing in Las Vegas is really like?

Boxing in Vegas does exist. Check out what it takes to become a pro-female boxer. 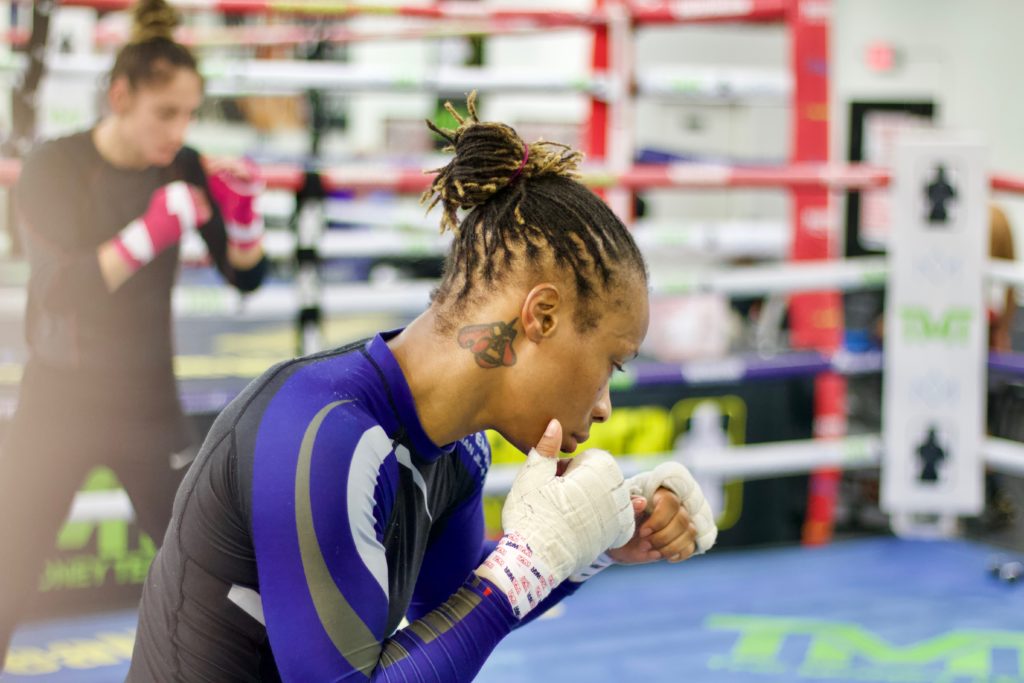 Amelia Moore and Jamie Mitchell are on a mission to change the name of the game in boxing.

They are two of the most badass, yet down to earth women out there and prepare to see their names popping up everywhere. Fortunately, I ran into these two while on a lunch break and after a little exchange, I asked if I can interview them for the blog.

Both Moore and Mitchell are boxers, however, one is considered amateur while the other is professional. Moore is a tournament-style fighter and part of the national team member of USA boxing. She is preparing for the Olympic trials which are due to begin December 7th in Louisiana. Mitchell, or as she calls herself, “The Miracle,” is a professional boxer currently living in Las Vegas. She has been ranked as a National Champion 9 times.

After that lunch and before meeting them for the interview the following week, I quickly googled, “beginner boxing gyms in Vegas.” (LOL at Sivan boxing… THAT will be a sight to see!) I’m more of a Pilates/Yoga gal with some light meditation tunes playing in the background, but I was so inspired by Amelia and Jamie that I had to do some research.

To my surprise, there are so many boxing gyms in Vegas and everyone is welcome to join. You don’t need to be Floyd Mayweather to get started, but watching him or others in his gym wouldn’t hurt.

Luckily, I got to watch boxing first hand and had the honor of interviewing Jamie Mitchell and Amelia Moore at the Mayweather gym.

If you have not yet been to this boxing gym, check it out.

The Floyd Mayweather Gym is so welcoming and open to everyone. Stop by anytime just to see what it’s about and trust me when I say, you will leave feeling inspired to google “boxing in Vegas” just like I did!

Sitting down with Amelia and Jamie was like talking to two big sisters. They were inspiring, vulnerable, and on a mission to change the way we view this sport. They have so much warmth and love in their hearts and I am excited for you to get to know them as I did. 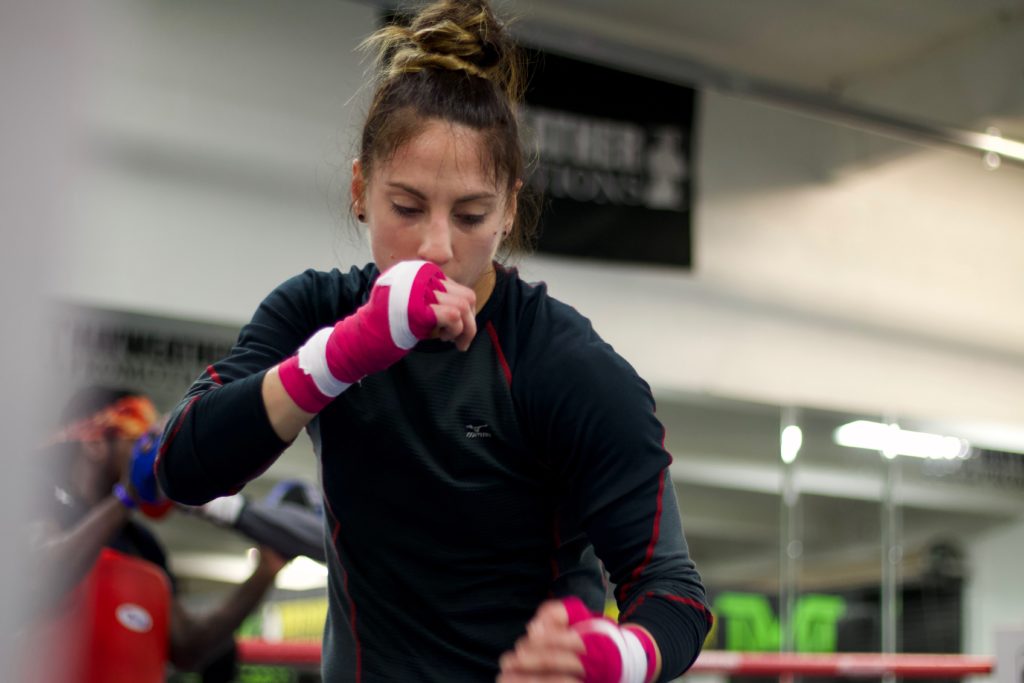 What does a day in the life of a training athlete look like?

Moore: We train every day. Monday, Wednesday, and Friday we do a long-distance run or sprint around 8 am and every other day we do strength and conditioning around 9 am in a gym. I drink 36oz before my first session – lots of green tea and water for me and I meal prep so that I don’t need to worry about food throughout the day. We eat a lot.

Mitchell: 6 am I am up and showered before getting my son ready for school. Around 8 am I am ready for my run or strength and conditioning. My day revolves around training so I am always mentally prepared throughout the day. If we are in the gym, we stick around until 6 in the evening. Our lives revolve around our training schedule and we eat a lot because of how much we train.

I know food and making weight is so important in boxing, but does it ever get to your head? It must get to you a little?

Moore: When you turn pro like Jamie, it’s a different pace because you prepare for one fight and build towards the world title. It’s a different world. We can get fined for not making weight so yeah, it can get to my head. When I’m not training I always feel so differently about myself because I am not as focused on making weight. As amateurs, we fight so much. They used to have three weight classes and now they have five. So many people would work to make it into one of the three weight classes. On top of that, getting your body to adapt to what it needs to do takes a long time. It can become dangerous not knowing what to do in the beginning. You need education and guidance.

Mitchell: Amelia builds her international style fights and everything is built towards world championships which happens every year or Olympics which happen every four years. The big build is the Olympics. Golden Gloves is also a big one we prepare for. Some tournaments last up to 6 days.

We actually met because Amelia got sick and went to the hospital over trying to make weight. This game is serious, it’s crazy, and not a joke.

What’s it like being a female in this industry?

Mitchell: It sucks. Naturally, I feel like females are more competitive than men and not just in sports. We work harder than men. As soon as I left the amateur program, they raised the time from 2 minutes to 3 minutes to equalize the playing field.

Moore: Coaches say women are more focused than men. In 2012, Women had their debut in Olympics boxing. The sport itself hadn’t been legitimized. Post-2016 they changed the rounds from four, 2-minute rounds to three, 3-minute rounds just like the men.

Which two female boxers do you two admire at the moment? Is there someone that you looked up to while growing up?

Moore: One person I really looked up to when I got into boxing was Paul Williams who was at one of my fights. He was the big brother, superstar. Unfortunately now he’s is paralyzed after a motorcycle accident. 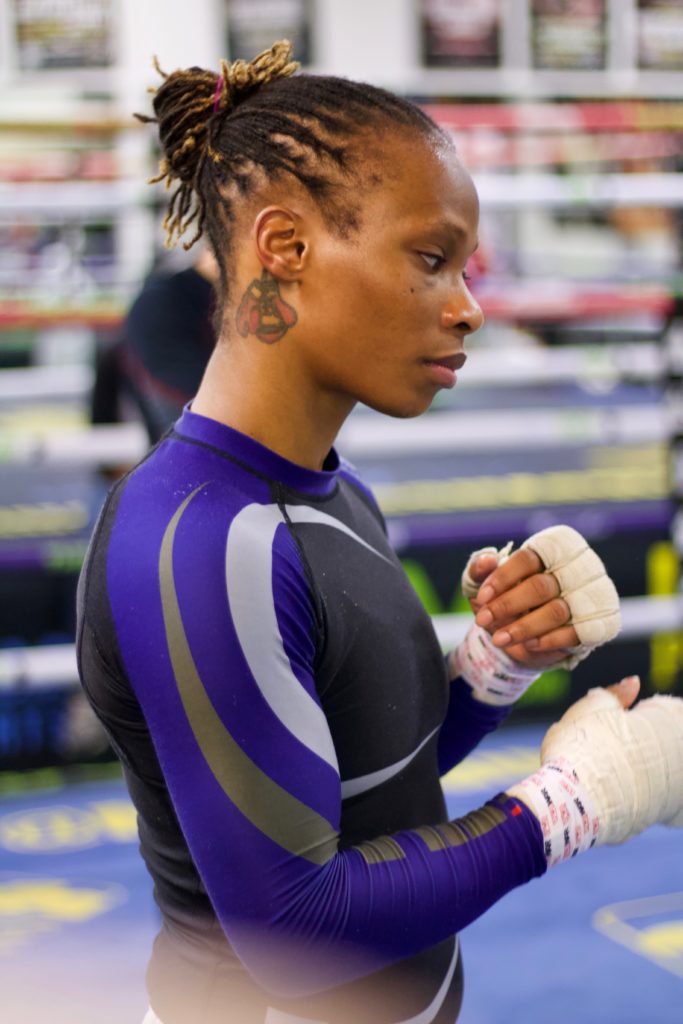 What brought you into this industry and at what point did you decide that this is no longer just a hobby?

Mitchell: Growing up, I never got enough hugs and kisses. I was a troubled kid with a lot of mishaps and unfortunate situations and have always said that I’ve been fighting since I was 10 days old. I’ve been in and out of the foster care system so that played a huge role. When I was young, I got into a fight and broke this girl’s jaw. Instead of the foster care system speaking with me asking what I can do differently, my coach (before he became my coach) sat me down and asked what I can do. I told him I wanted to box and it became my first love.

I love boxing because it is what I like to call an Outkast sport. This is the only sport I feel like I cannot be judged.  You can go to a gym and no one will think twice about you.

What brought Amelia into this industry?

Moore: I think there’s something inside of us that pulls each one of us in a specific direction. Once you are a fighter, you are never not a fighter. I grew up with a single parent that was in and out of the picture. My older sister raised me (she is 7 years older). When I was seven years old, I started helping my vet do sutures to make money for us. Those moments instill something in us that we never forget. I knew that I would never get out of this situation if I was not smarter, stronger, faster. When I was 16, I left home and got emancipated. During that time, I found boxing and eventually had my first sparring session at 18.

In High School, I told my coaches and guidance counselors (whom I credit as my angels) that I was going to enlist. My guidance counselor told me she didn’t mind if I enlisted but wanted me to try West Point Annapolis and got direct entry. So, I enlisted in reserves and got pulled to naval academy after about 10 months of being a reservist. You’re required to take wrestling, swimming, and boxing in order to graduate in commission. At this point, I already started boxing, but for women, they didn’t have a collegiate program. The naval academy coach told me he didn’t train women.

I was so determined that I would run a mile to my car (which I wasn’t supposed to have) and drove 20 minutes outside of Annapolis where I met my coach, Mr. Langley. He never trained fitness fighters before, but he became a father to me.

For someone who grew up in a similar situation, what is your biggest piece of advice?

Mitchell: Just hold on and remember there is a light at the end of the tunnel. What worked for me, might not work for you. Whatever you love doing, put your all into that. Whatever is going on around you is just a distraction to keep you from being centered. Go through whatever it is your going through, and you’ll find your passion.

Moore: Doors open and doors close. Do not lose who you are. It’s the hardest thing to do and people will make you feel crazy and worthless, but don’t lose who you are. There will be those moments of kindness and try hard to remember those moments. Those moments of kindness for me are why I am where I am today. That’s a message to everyone. Your slight moment of kindness can change someone’s life. You never know what someone is going through. It’s a butterfly effect and you can be the person to change someone’s life. Don’t feel like you’re ever alone and never let that light go off inside of you. 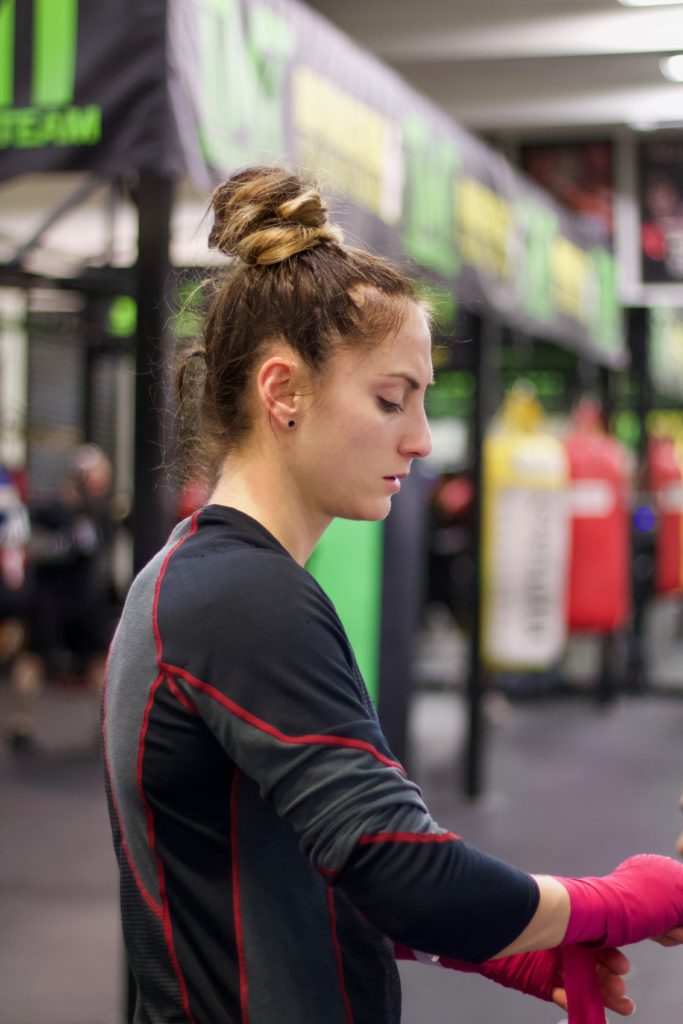 What do people not know about this sport?

Mitchell: Everything about boxing is popularity. It’s about who’s talking about you, where you show up, and a lot of focus on social media. It’s so important to back fighters up and be their fans. We expend so much energy. It’s nice knowing someone’s on my team and supporting this journey.

Fighting is not just a physical and emotional outlet, but also a creative one. Does your style of fighting ever change?

Moore: In this game, it depends on how many miles you put on your body. If you put bad gas in your car, it’s going to drive terribly. This game is about taking care of your body. Living a structured lifestyle is how we stay in this game. You can’t say you’re a boxer and do drugs and drink alcohol all weekend long. May work for a little, but eventually, it will turn out terribly. Boxing tells the truth.

Mitchell: Even when the light is not shining on you, it is still on you. My camera is on me 24/7 and it’s not just boxing, it’s my 11-year-old-son.

What would you want people to know?

Mitchell: Live your best life! Surround yourself with good people who want to see you make it. Even if they can’t do anything for you, they support you and lift you up. You can choose your surroundings and remember that you become what you hang around.

Moore: Don’t put yourself in a box and don’t ever let anyone tell you “no.” Anything worthwhile might be hard, but it’s not luck its hard work and time. Keep hammering at it. Become visionary and do what you know is possible in your heart. If you know it’s true and possible, go make the impossible possible. 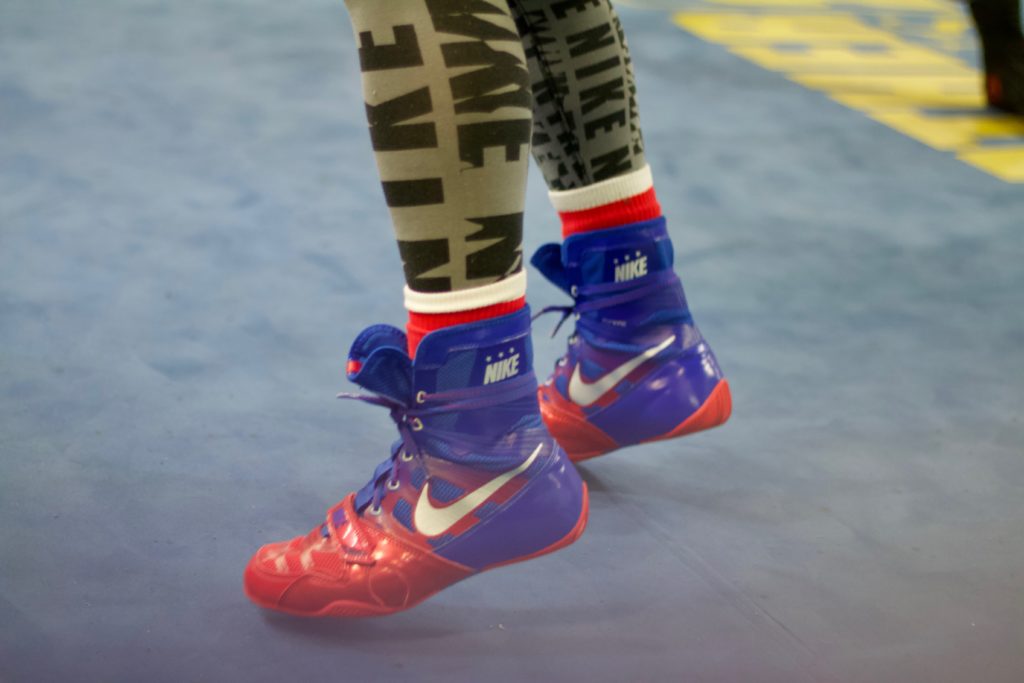 For more on Jamie and Amelia, check out their stories here and here or visit them on Facebook and Social Media. Let’s send them some love and good energy for their next fights. 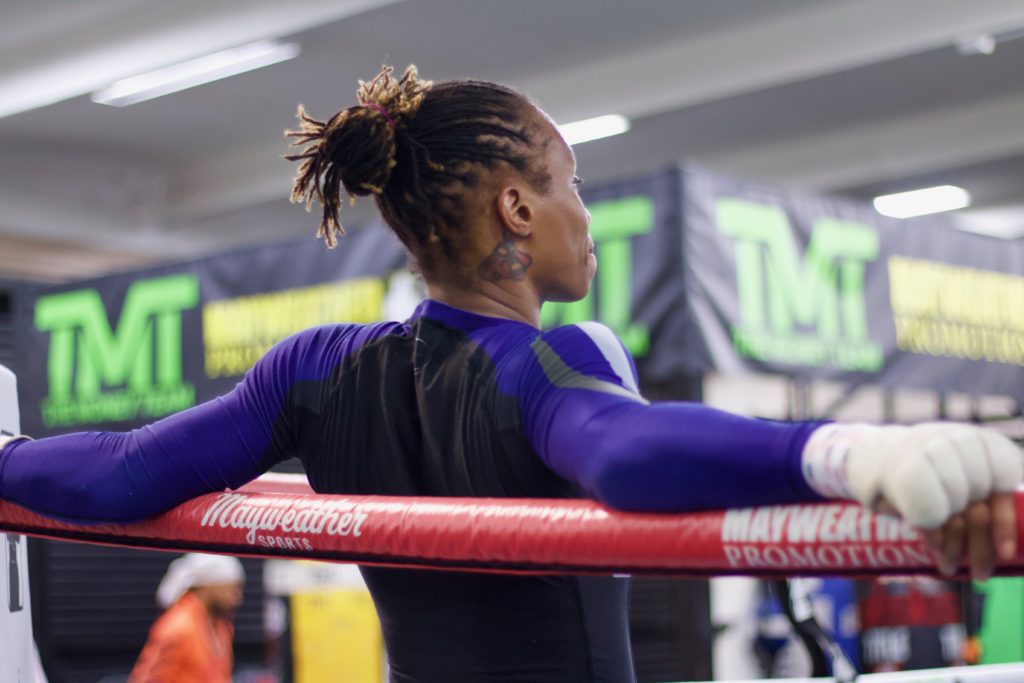 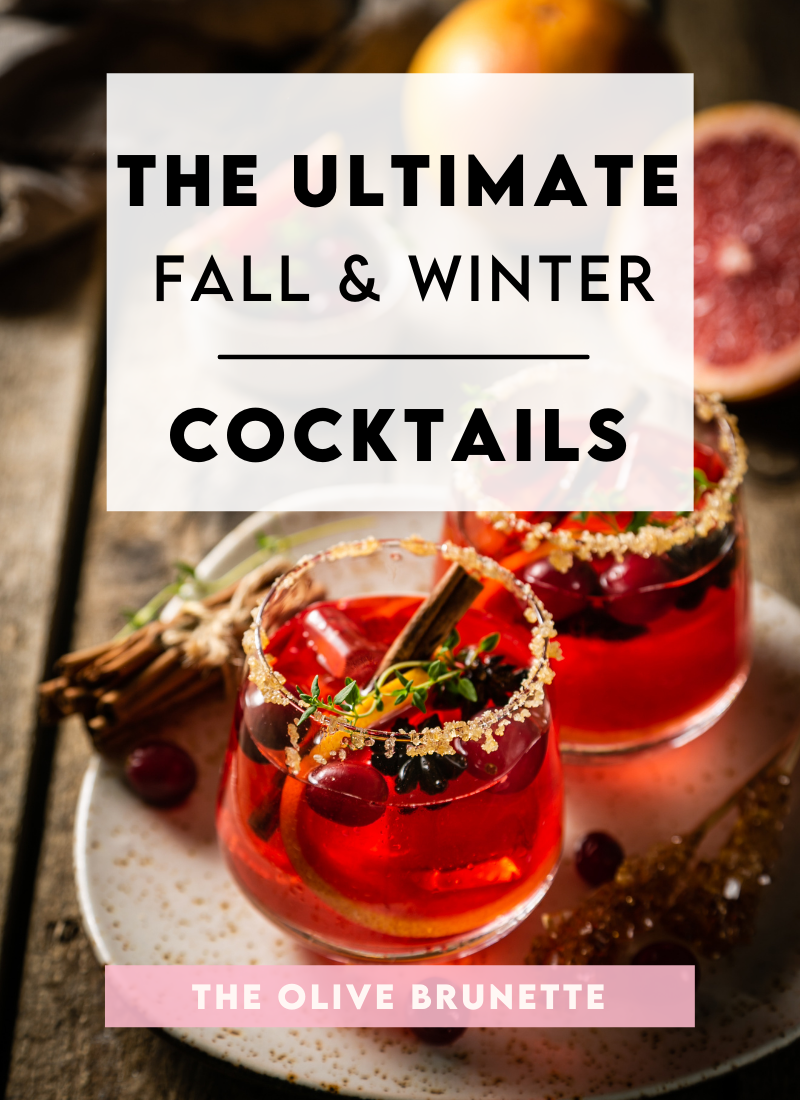 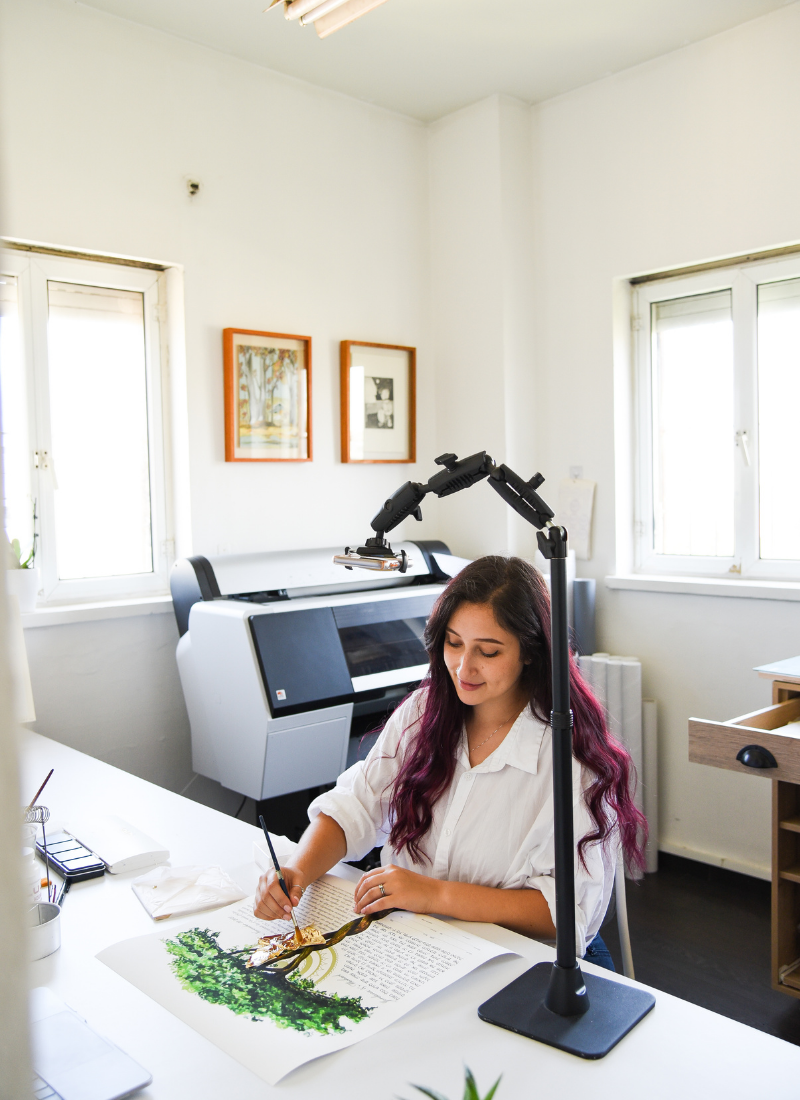 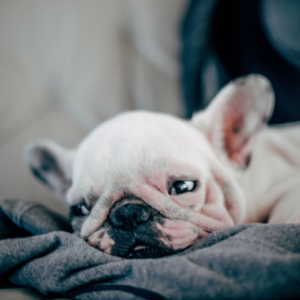 How to remove allergies in Las Vegas? 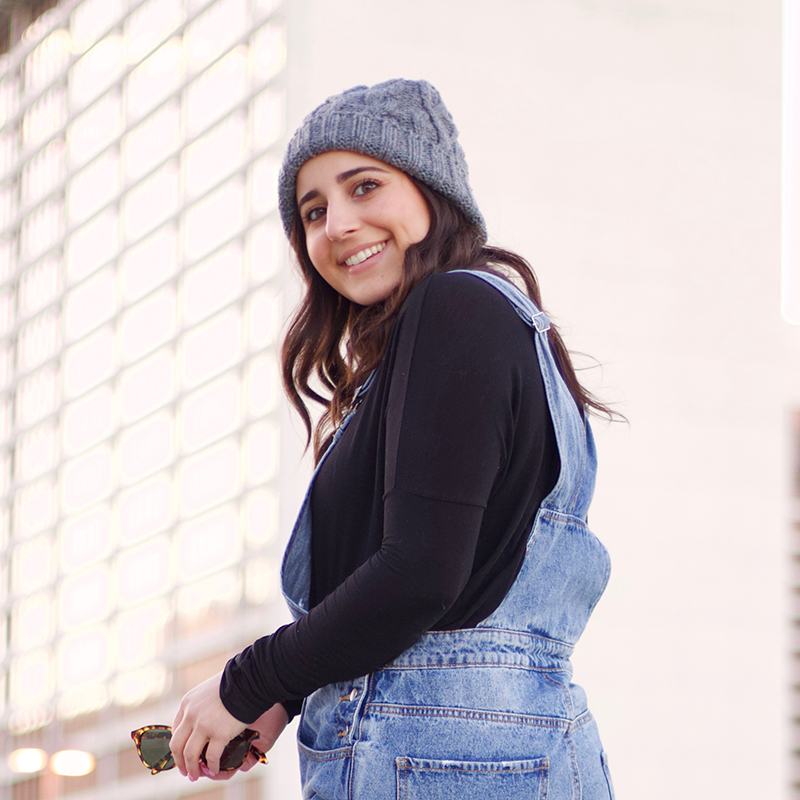 Hey, I'm Sivan (Sea-Vahn). So happy you're here! Welcome to my Lifestyle + Travel blog featuring the best places to eat, drink, and explore. I hope to inspire you to visit places you'd never think to see.

I’ve been a ✨nails at home type of gal✨ anyo

The only bag I wear for all my travels 😍It’s

Back in Israel now, but reliving some moments from